We are offering Trump t-shirts and Trump hats for free so everyone can show their support for President Trump and his 2020 reelection campaign.

We now have the iconic “Keep America Great” (KAG) hat in stock for quick shipping. Claim your free KAG hat from the source you can trust.

Free Trump 2020 Flags are also available. All Free Trump Flags are constructed of 100% polyester for indoor or outdoor use.

Free Trump Face Masks are available to protect your health while you show your support for President Trump.

These free trump hats and t-shirts are of high quality construction and are only available to residents with USA addresses.

We have Free Trump Coins that memorialize President Trump’s historical presidency and his promise to build the wall being kept.

These hats, t-shirts, flags and face masks are quickly shipped from the Heart of America, so you won’t wait long for delivery.

We don’t know how much longer we can offer this deal, so don’t delay and claim your free Trump gear now!

This camouflaged Trump 2020 hat is for the outdoorsman who supports our “America First” President!

The very popular black Trump 2020 hat is a winner!  Never leave home without it!

Hot off the press! Pair this high quality, 100% cotton t-shirt with a Trump 2020 hat and double up on the Liberal tears!

Show your support for President Trump and make Liberals cry like babies!

This is the perfect way to show your support for the President! Fly this free Trump flag proudly at home, at a tailgate party or at any large gathering.

Make a bold statement with this red Trump 2020 flag! Fly this flag proudly at home, at a tailgate party or at any large gathering.

This Don’t Tread on Trump Flag can be yours for FREE! Fly this free Trump flag to make a bold statement.

To show our appreciation to all of our customers, this 2nd Amendment Flag can be yours for FREE!

Show your support for our Police with this FREE “Thin Blue Line” Flag!

This “Don’t Tread On Me” Gadsden Flag Can Be Yours For FREE!

We’re giving away this unique “2A” hat for FREE!

We’re giving away this unique “2A” hat for FREE!

This one is for the ladies! Display your passion for pink and support President Trump at the same time!

Trump made the USA 45 Hat famous. This reproduction is sure to put a smile on someone’s face! This hat is as American as apple pie.

Claim Yours Now
See All Coins

Support the re-election of President Trump and give this coin as a gift to your neighbors, friends and family. Display this anywhere you campaign.

Claim Yours Now
See All Coins

Show You Won’t Bow To The Mob With This Best-Selling T-Shirt & Receive A FREE “I Stand” Hat With Every T-Shirt Ordered!

We’re giving away this “I Stand” unique flag hat for FREE!

Show Your Support of LAW & ORDER With A Defend The Police T-Shirt + Receive A FREE Thin Blue Line Hat With Every T-Shirt Ordered!

Show your support for 0ur Police with this FREE “Thin Blue Line” Hat!

Show that you stand by our President with this FREE Trump 2020 Face Mask.

Show that you stand by our President with this Trump 2020 Red Face Mask.

We’re giving away this “Gun Owners For Trump” vintage hat for FREE!

This brand new Vintage Trump 2020 Hat can be yours for FREE!

One coin contains the official Space Force logo while the other shows President Trump signing the 2020 National Defense Authorization Act!

Claim your Trump 2020 Bucket Hat today! For a limited time we’re offering this hat for FREE.

A perfect hat for the patriot! Display your love for your country and support President Trump too!

Claim your free Betsy Ross American Flag and fly it proudly! Stand up against tyranny and show your support for traditional American values. 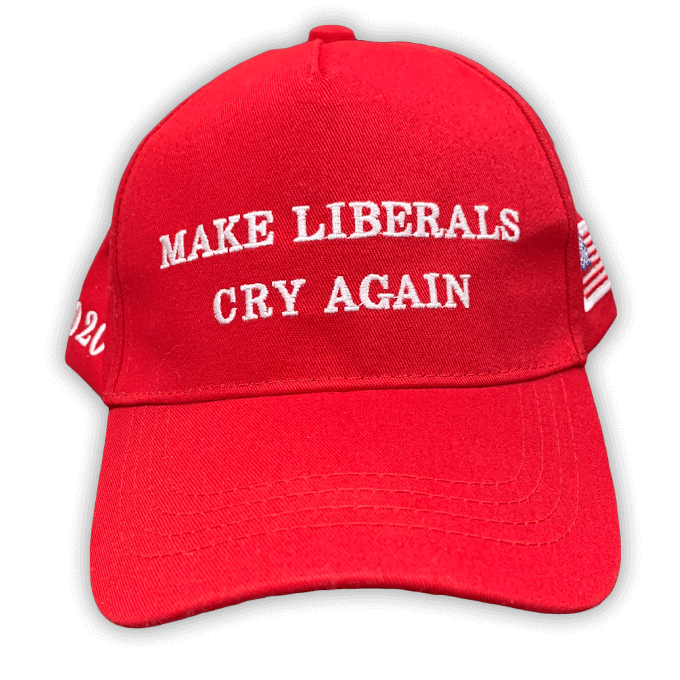 Liberals can’t help from being perpetually offended. Help them get in touch with their feelings and wear this hat wherever they may be found!

The Brand New Trump 2020 Red Visor is here and can be yours for FREE!

The Brand New Trump 2020 Pink Visor is here and can be yours for FREE!

Annoy every Liberal on the planet with this “Donald Trump Lives Here” Stamp—50% Off & Free Shipping.

These Trump 2020 socks can be yours for FREE!

Put a smile on your Mom’s face with this Trump Mother’s Day Coffee Mug with FREE Shipping!

Put a smile on your Dad’s face with this Trump Father’s Day Coffee Mug with FREE Shipping!

Keep your head warm in style with this patriotic Winter Beanie! Don’t leave home without it!

A timeless classic—the USA Winder Beanie. The look and the warmth of this hat is a winner wherever you may be.

Winter is here and we have a sweatshirt-beanie combo to keep you warm all over! MAGA in the cold!

We have a pink sweatshirt-beanie combo if you prefer something pink. Don’t go out in the cold without it!

Don’t let cold weather stop you from showing your support for the President! Keep your head warm with this Winter Beanie!

We finally have the pink winter beanie for the ladies. Keep warm and be fasionably pink while showing your support for the President!

Claim Yours Now
If you need to contact us for any reason, please send us a message and let us know what we can do for you. Thank you!

Presidential campaigns have passed out hats at rallies and sold hats for the greater part of the 19th century.

Hats of different styles have been used by campaigns to provide a uniform feel and unity of support.

Devout supporters go out of their way to obtain a presidential campaign hat.

Winter beanies are popular during cold weather so people can keep their heads warm while showing support for their favorite candidate.

The Trump 2016 hats were nothing short of popular and in high demand.

Paired with a campaign hat, a campaign t-shirt makes you a walking billboard for your favorite candidate.

Presidential collector coins are popular items for gifts and to put on display in homes and offices.

Some coins are minted, while others are sliver dollars with images placed on them.  The silver dollars are often plated in 24K Gold.

Up until the early 20th century, Presidential campaign flags were mostly made of cotton.

Many early campaign flags consisted of a US Flag with a portrait of the candidate and their campaign slogan printed over them.